One of the most outstanding and priceless treasures the Lord has given us through the instrumentality of D. S. Warner and other pioneers of the “evening light” reformation has been the legacy of hymns and spiritual songs. Judging from my perspective as a musically inclined person and a lover of hymns and spiritual songs, and having examined hundreds of them from various sources, I do not hesitate to say that there has never been a movement in Christian history that has ever produced a volume of hymns and spiritual songs of greater excellence. D. S. Warner was an accomplished poet. After embarking upon his career as a reformer, he wrote hundreds of lyrics, most of which were set to music by his colleagues. D. S. Warner, however, created the melodies to a few of his lyrics. In the earliest days of the movement he was blessed with the assistance of music writers Joseph C. Fisher and his wife, Allie, and H. R. Jeffrey. By the year 1885 the Gospel Trumpet Company was preparing to publish its first songbook, titled “Songs of Victory.” The preface of the songbook read, in part, as follows:

“ ‘UNTO JESUS WHO LOVED US, and washed us from our sins in His own blood, and hath made us kings and priests unto God, and His Father,’ and to all His saints, are these SONGS OF VICTORY consecrated forevermore. AMEN!

“It is a fact well known, and felt by the saints, that the hymns of the past fail to express the glorious light and liberty, grace, truth and power, the free and holy Church has attained in this blessed evening light. Hence the Lord has marvelously given us these NEW SONGS, that we may more fully sing the joy and victory we have in the Lord Jesus Christ.”

This but marked the beginning of the new songs this movement was destined to produce. So great was the volume that a new songbook was introduced about every 3 to 7 years. This movement of Christians who had discarded their various denominational identities and had found heavenly fellowship and unity by earnestly following in the footsteps of Jesus were a people whose hearts were overflowing with the joy of the Lord and songs. Among their favorite scripture quotations was Isaiah 35:10: “And the ransomed of the LORD shall return, and come to Zion with songs and everlasting joy upon their heads: they shall obtain joy and gladness, and sorrow and sighing shall flee away.” In fact, beautiful harmonious a cappella singing became an outstanding feature of the movement.

By July, 1888, another new songbook was coming off the Gospel Trumpet press. Noah Byrum tells about his arrival as a new worker and member of the “Trumpet family” in the spring of 1888, when the new songbook was being prepared for printing. He says, “When the family, together with the evangelistic company, was assembled, Brother Warner read a chapter from the Bible and as we all kneeled he offered prayer. And what a prayer! He prayed so earnestly for everyone present and called each one by name. When he prayed for me and called me by my name and asked God to bless my young life, I felt that I had been in the very presence of the Lord. Then he prayed for the publishing work, oh, so earnestly, thanked God for the printing press that we already had, and asked God to speed the day when there would be a whole row of presses thundering forth the gospel messages. His prayers have been answered, but he did not live to see the answer come to pass. We are enjoying now the fruits of his prayers and labors.

“Some members of the evangelistic party remained only a few days at the Trumpet office and then took their departure for their respective homes. D. S. Warner and B. E. Warren remained. They were both spending all their spare time on a new songbook, the second one to be published, which was called Anthems From the Throne. … After the printing of the book had started D. S. Warner, who had written the words to many of the songs, left his desk and came to the pressroom to see the printed sheets. As he watched them accumulate he raised his hand heavenward and shouted, ‘Praise the Lord for the glorious message in song that will be sung around the world!’” – Quote from The Book Of Noah, pages 55, 70.

Indeed the message has been sung around the world! And I must personally add, “Praise the Lord that the message in the songs reached me!” What would my life have been like without the influence of those beautiful, heavenly, heart-touching songs? One cannot be exposed to them without realizing they came from writers whose hearts were in close communion with God. Their messages are powerful and heart gripping, and seem to carry the same force and conviction as the Word of God upon which they are based. Many have been the testimonies given of the deep and lasting impressions that were made by the songs and the singing people heard when they first attended a camp meeting or other gathering of the “evening light” saints. The following testimony was written by the late May (Jackson) Carver from Louisiana.

“Papa had heard about the Hammond, Louisiana camp meeting, and had gone and taken my brother John with him in 1909. The following year he began to make plans to go again. I remember one night after we were all in bed, begging to let me go with him. I was twelve. He finally figured a way to pay my fare – sold some pumpkins – and so we went on the train. My sister Susie met us at the train and we walked out to the campground. We arrived at the gate as the evening service was beginning. We heard them singing “What Will It Be To Be There?” It was the most beautiful singing I have ever heard. It truly sounded heavenly. During those years the large tabernacle was filled with people. The singers were divided into sections, soprano, alto, tenor and bass, and the whole congregation sang. The singing in the ‘Spirit’ of hundreds of people without any musical instruments was really wonderful to listen to … .” – May DeLee (Jackson) Carver, written in her family “History” in 1967, the year of her death.

I got saved on that very same campground in November 1967, and neither will I ever forget the singing I heard there that year. Evidently, the singing had not changed since Sister May Carver heard it there in 1910. I can say with her, “it truly sounded heavenly,” especially the night I got saved! I’ll never forget how I felt that night as I walked back from the altar to my seat, having just received the first burst of heavenly glory from the Holy Spirit’s infusion of Jesus’ love into my bosom. The saints were singing, “Oh, how sweet is thy abiding! Oh, how tender is the love thou dost shed abroad within me from the Father-heart above!” – Evening Light Songs #292, verse 2.  I felt that everything within me was resonant to the words and music of that song.

In the January 1950 issue of the Faith and Victory, Bro. Fred Pruitt wrote: “The Lord willing, the new song book, Evening Light Songs, will be ready for distribution December 27th [1949]. Single copy $1.50, plus 15 cents for postage and wrapping.” As the new songbook was in the process of being printed, he had written in the November 1949 issue, “It was quite a joy to our souls to see those good inspired songs rolling off the press.” Although the Evening Light Songs hymnal actually contains less than half the volume of songs that the “evening light” reformation movement produced, how I thank God for this excellent collection that is still rolling off the press and available to us today! 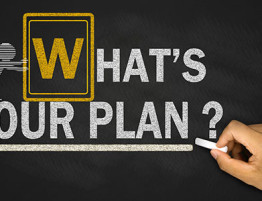 Author: René Smith Listen to the full message to hear practical advise on how to… 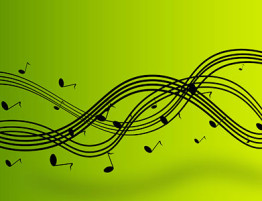 Author: Harlan Sorrell Did you know that instrumental music was not introduced into so-called Christian worship…

Author: Harlan Sorrell In Genesis 1: 26, 27, the Lord God Jehovah, speaking to the other… 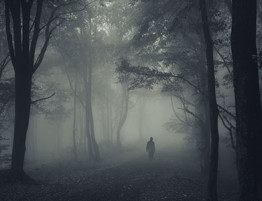 Author: Harlan Sorrell In John, chapter one, we read: 1: In the beginning was the Word,… 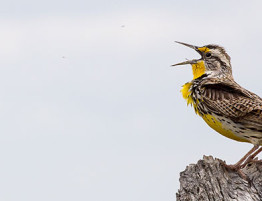 Author: Harlan Sorrell I was born into a musical family and with a naturally intense attraction… 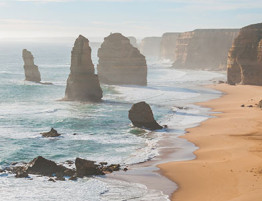 Author: Harlan Sorrell Part 1 “But let a man examine himself, and so let him eat… 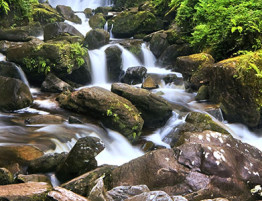 Author: Michael Smith The Church is not a group or organization of man but a…